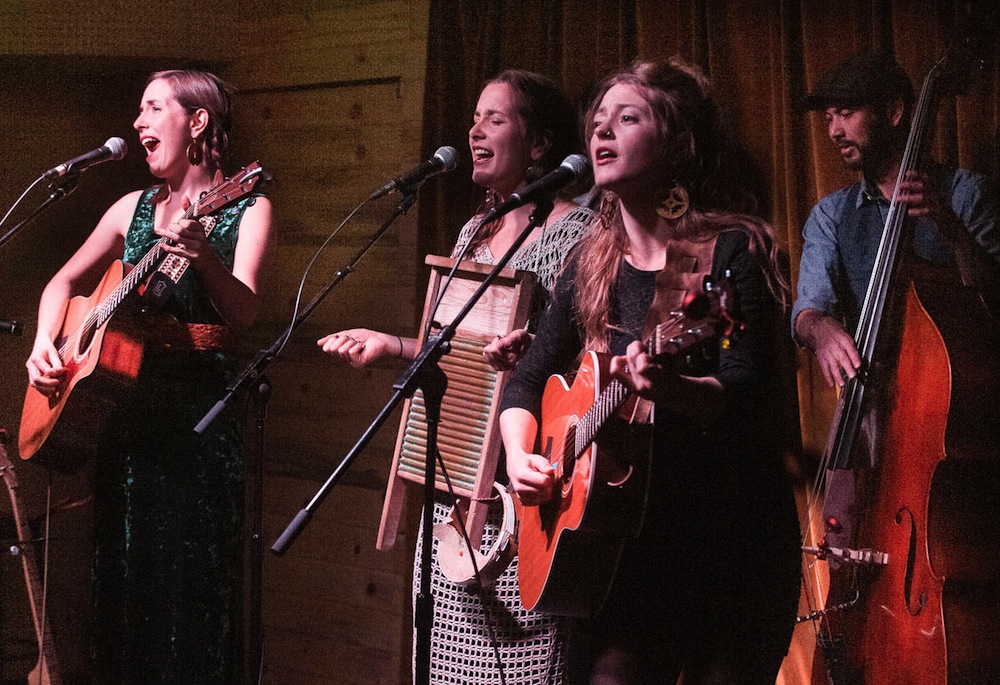 We were planning to take December off, and just kick back and enjoy the return of Danú to the larger stage of Beckman Auditorim (Big Beckman) in Caltech’s Public Events series the next week. But late in September, we were contacted by the agent for T Sisters, an Oakland trio who would be down this way in early December. We did a little checking (see this YouTube video of them doing their song “Molasses”), and then we found that they performed at the Kate Wolf Festival and at the Strawberry Music Festival in Yosemite, two major summer festivals in California. Our former sound man, Roger Sherman, heard them at Strawberry, liked them, and said they got a great response.

Their first recording was produced by Laurie Lewis and the second one was co-produced by famed mandolinist, Mike Marshall. They are clearly an act on the rise, and we decided to get them in our series before they get too big to afford. They are just too good to miss.

The T Sisters are siblings Erika, Rachel, and Chloe Tietjen, and they’ve been singing together all their lives. Their voices and their harmonies are outstanding, and they write most of their own songs, as well as including some covers, such as their stunning version of Paul Simon’s “American Tune” and the traditional “Wind and Rain.”

They sing mostly with guitar accompaniment, and they may be joined by a bassist and/or manolinist, and their a cappella songs are not to be missed. One might think of the Andrews Sisters, from past, or more recently, the Roches. Maybe a closer comparison would be the rootsy sirens from the film, O Brother, Where Art Thou? Expect some brazenly sassy fun and playful theatricality from these three women, each of them with a distinct personality.