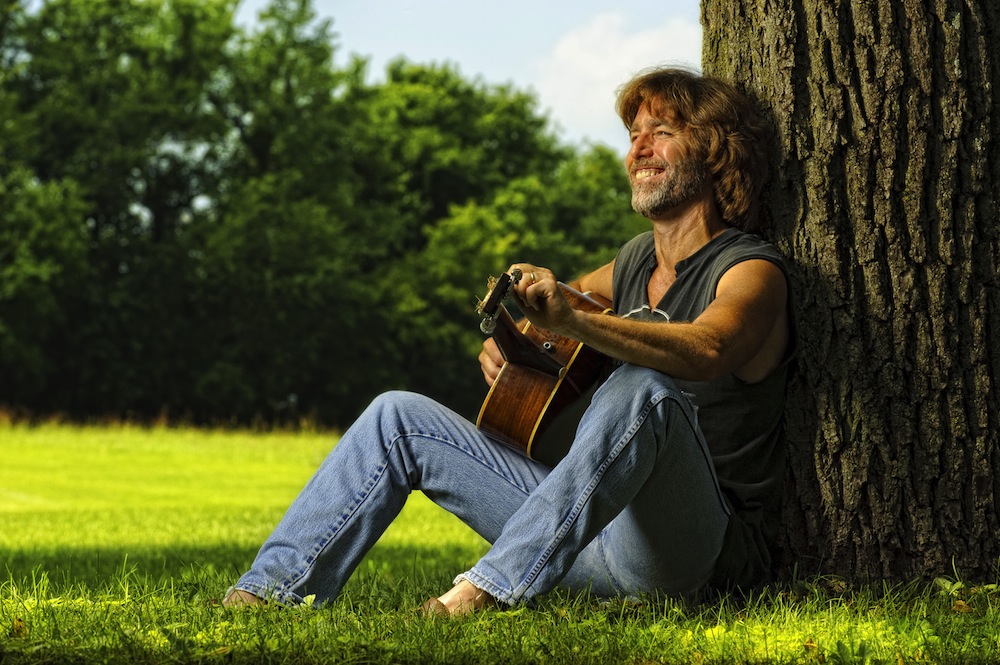 John Flynn had already released his first ten or so albums before he got around to approaching us to do a show. One reason was that he had taken time out from touring to raise children, but he was still creating and performing. Kris Kristofferson wrote some of his liner notes. He accompanied Arlo Guthrie, Willie Nelson and Ramblin’ Jack Elliott on the “Train to New Orleans” tour after Hurricane Katrina, at Arlo’s request.

He’s a songwriter’s songwriter, and his songs are not the kind of self-absorbed songs that Arlo Guthrie once described as being in “the key of me.” No, John Flynn isn’t afraid to sing about bigger things, ranging from a century of Woody Guthrie to the courage of a young girl in Afghanistan. When two of our concert series board heard John at a showcase event last fall, the only question was “How soon can we present him to our audience?” The time is now, and if you listen to music for the lyrics, then this is the show you should make sure to attend. Here is what some others have said:

“John Flynn is one of a special breed of good-hearted artists whose reaction to the human condition finds kind, humorous expression. God bless them.” — Kris Kristofferson

“More than just a good songwriter, performer, or guitar player, John Flynn is a friend because he actually does the kinds of things to help make the world a little better that other people write, sing and play about.” — Arlo Guthrie

“John Flynn is saying what many of us are thinking as we watch the evening news. Sadly, few others are these days. Listen.” — Michael Braunfeld, Tune Up

“A philosopher with a guitar…” — acousticmusic.com

“John Flynn is at the near end of a long line of American poets, thinkers and folk artists stretching from Henry David Thoreau, Ralph Waldo Emerson and Walt Whitman, all the way up to Kris Kristofferson.” — Ticket Magazine

“Someone with a very loud voice needs to climb a very tall building and yell this artist’s praises. It is criminal that most of the fans of the genre haven’t heard of him on the same level as Mary Chapin Carpenter, Shawn Colvin and John Gorka.” — Indiana Online