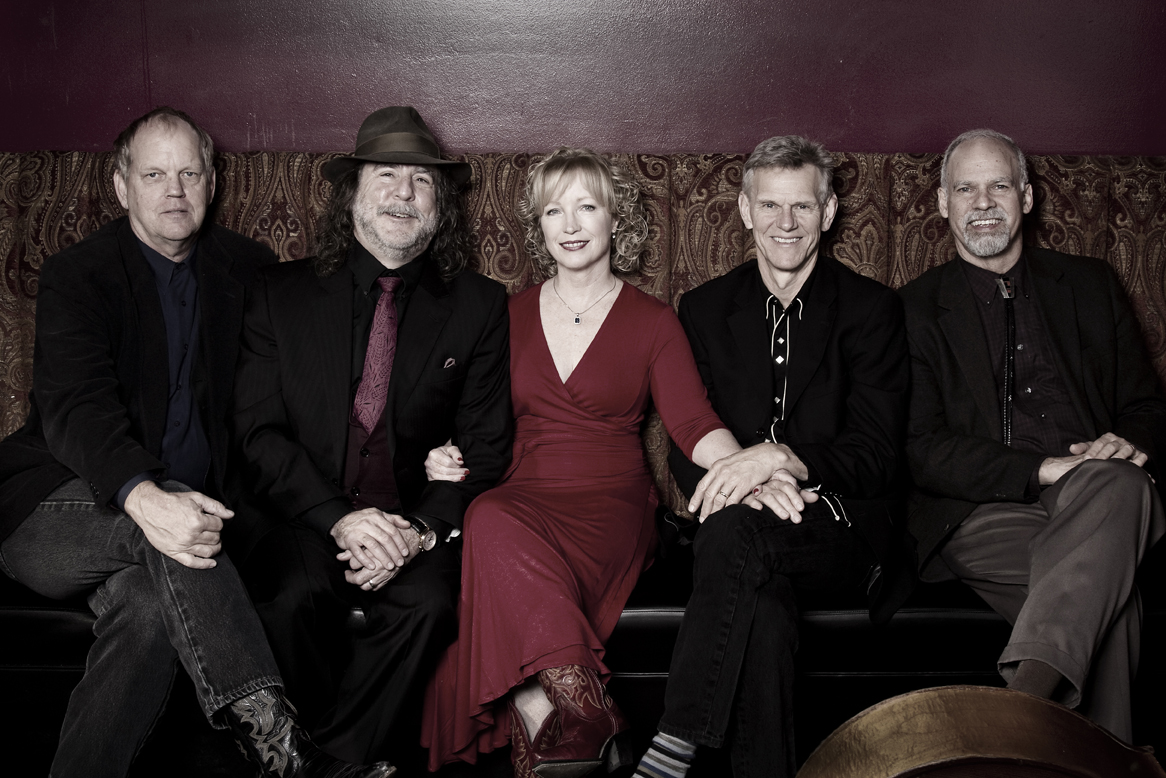 Award-winning vocalist, Susie Glaze, mandolinist Steve Rankin, fiddler Mark Indictor and bassist Fred Sanders are The Susie Glaze New Folk Ensemble, the newest version of the acclaimed Los Angeles-based Americana group, a lush new folk Americana fusion ensemble, presenting gorgeous eclectic blends of mountain folk and exciting new grassy and Celtic-inspired originals, all with the remarkable voice of Susie Glaze. The group has been likened to the classic British bands Pentangle and Fairport Convention in that they blend classic folk music with rough-edged stories of tragedy and fate, all with orchestral arrangements sounding like chamber music gone folk! The band has appeared at many premier venues and festivals on the West Coast, including Berkeley’s Freight & Salvage, McCabe’s Guitar Shop, The Broad Stage, the Hollywood Bowl, Palms Playhouse, Don Quixote’s Music Hall, Kuumbwa Jazz Center and our former selves, the Caltech Folk Music Society, among others. The LA Weekly recently named them #3 on their list of best Americana and Country bands in Los Angeles – click here and scroll down just a bit to go straight to their description of the band. Their CD White Swan was released in March of 2013 to critical acclaim from No Depression, FolkWorks, Pop Matters, M Magazine for Musicians, Music News Nashville and FolkWords UK among others, and charted in the Top 50 on the Roots Music Report’s Combined Internet and Terrestrial Folk Chart. Their new album Not That Kind of Girl produced by Herb Pedersen was released in June 2015 and is enjoying critical acclaim and radio airplay around the country. “If there were a word to describe this fine band, it would be sophisticated. They draw influences from disparate sources to meld their sound. The level of musicianship is exemplary.… display a great range of prowess and work as a tight unit.” — Bluegrass Unlimited. “…one of the finest and most original Americana groups in California (or in the country for that matter).” No Depression. Augmenting their sound is the lush, Celtic sounds of Rankin’s bouzouki, the mountain sounds of Susie’s Appalachian dulcimer and traditional autoharp, with Mark Indictor’s virtuoso fiddling and Fred Sanders’ remarkable bass work rounding out the orchestral nature of this amazing ensemble. Joining the group for this show at Caltech will be their original songwriter and lead guitarist, original founding member of the Hilonesome Band, Rob Carlson. Visit their web site at www.susieglaze.com

Susie Glaze has been honored to be included on the newly-released Compass Records tribute album Dear Jean – Artists Celebrate Jean Ritchie alongside such artists as Judy Collins, Pete Seeger, Janis Ian, Tim O’Brien, John McCutcheon, Robin and Linda Williams and many more. Copies of this CD will be available at this show.

“The band is tight, great picking, and beautiful vocals and harmony.” KVMR, Nevada City, CA
“She held the audience in the palm of her hand….” Scott Valley Bluegrass Festival
“…does something with a song that only great singers can do…” KCSN, Northridge, CA
“One of the most beautiful voices in bluegrass and folk music today.” KPFK’s FolkScene
“…with people like this to trust, my music will go on living, and soaring. And so will I.” Jean Ritchie

The show will be in Beckman Institute Auditorium (Little Beckman) at 400 South Wilson Avenue. On concert night, free parking is available in the lots at the south end of Michigan Avenue. Tickets are $20 for adults and $5 for children and Caltech students. They will be available soon at the Caltech Ticket Office by calling (626) 395-4652 and at the Caltech Ticket Office in their new location at 1200 E. California Boulevard in Pasadena (Southeast corner of Wilson Avenue). Their usual hours are 10:00 a.m. to 4:30 p.m., Monday through Friday. There is limited short term parking in front of the Spaulding building on California and to the side on Wilson. Otherwise, you can find street parking nearby. Online tickets are now available- click on “Purchase Tickets” below. There is a fee for phone orders and for online tickets, while purchases at the Ticket Office are free. Tickets can also be purchased (without additional fee) at the door of the venue one half hour before the show, but it is always wise to call the Ticket Office a day or two before a show to ensure they are not close to a sold out show. We hate to have to turn people away, which occasionally happens!